Use of human samples including peripheral blood mononuclear cells (PBMCs) in drug discovery is critical for increasing the chances of success for a small molecule screen hit. A review based on recent published data!

Several theories try to explain why many drug discovery and development projects have a moderate success rate. Even with the advances made in methods (HTS, HCA, library managment, etc), there are many hurdles for a small molecule on the long road to FDA or EMA approval.

One way that may improve predicted efficacy and toxicity of drug leads is to use human samples, such as blood, early on in drug discovery programs. Peripheral blood mononuclear cells  (PBMCs) can be easily used in a variety of ways during the drug discovery process to gain a better understanding of the effects of a small molecule.Cell proliferation

Drug discovery research aims are often directed toward determining whether or not small molecules affect cell proliferation, viability, and apoptosis. There are related assays available to measure the effects of drug treatment and, especially for researchers who prefer to use human samples, peripheral blood mononuclear cells (PBMCs) are often the cells of choice.

One in vitro cell proliferation assay requires pre-incubation of the PBMCs with the drugs of interest before incubation with antibodies that trigger T lymphocyte proliferation.[1] The EC50 values can then be determined based on percentage of inhibition plotted against compound concentration. Cell viability and apoptosis assays can be used with PBMCs as well to further confirm that the drugs are specifically inhibiting cell proliferation.[1] Frijters, et. al. even used these assays to validate predicted relationships between compounds and cell proliferation. 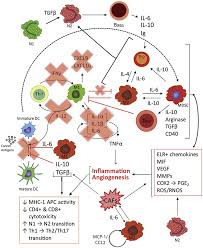 A biological response that may be of interest in drug discovery is inflammation, which is directly involved in several major diseases ranging from cancer to neurodegenerative and cardiovascular disorders.  PBMCs can also be used in drug screening assays to measure pro-inflammatory activity of small molecules.  Neopterin and tryptophan degradation, markers for immune system activation and inflammation, can be determined in PBMCs by ELISA and HPLC, respectively.[2]

As a proof of concept, researchers induced inflammation in peripheral blood mononuclear cells and then applied compounds known to reduce inflammation and measured response.  Briefly, the screening was performed as follows:

The results demonstrated that drug screening using peripheral blood cells can identify compounds that ameliorate inflammatory response.  Use of primary human cells in compound screening will likely streamline drug discovery by identifying compounds that will work in human cells.

Primary human peripheral blood mononuclear or monocyte-derived macrophages can also be used in drug screening to identify treatment for infectious diseases. In a simple, inexpensive method, these cells are infected with the bacteria and/or virus. Then drug activity and cell viability can be measured within these in vitro models of infection or co-infection.[3]

Cancer is a complex disease and the effects of chemotherapeutics only add to the complexity in making decisions for patient treatment plans.  Unfortunately, the risk of being diagnosed with cancer at some point during your lifetime is estimated at 40.8% based on recent data.[4]  This is a problem too big to avoid, and one which demands continued research in to disease and drug mechanisms.

Peripheral blood mononuclear cells (PBMCs) are a convenient human sample that can be used to screen and study the effects of different small molecules in the context of cancer. 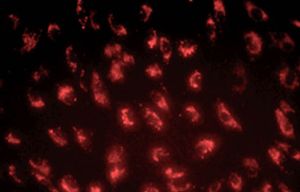 Chemotherapeutics are well known yet notorious for their toxic activity on cancer cells and other naturally renewing human cells, respectively. PBMCs can be used to investigate these drugs that target rapidly dividing cells in cancer [5] and in infectious diseases (e.g. parasites) to help understand the expected clinical results later on.

In addition to the cytotoxicity of drugs, PBMCs are also a convenient source of cells to study nanoparticles! [6] Like chemotherapeutic small molecules, some of these nanoparticles may have intriguing immunologic or antitumor activity. By comparing the activity of these drugs or nanoparticles in healthy PBMCs and disease state cells, groups like Premanathan, et al. could identify selective therapy options that will be most beneficial for the patient, limiting the unnecessary off-target effects and toxicities.

Are you more interested in studying cancer drug effects at genetic or DNA level? Well, PBMCs are great for that, too! Researchers are already using them to investigate how inhibitors influence gene expression [7] and to detect DNA damage, like dangerous double stranded breaks (DSB) that can lead to cell death or tumor formation [8]. One way DSBs are identified is through recognition of phosphorylated histone protein H2AX (γH2AX) foci, a biomarker for cancer and aging.

Brace yourself for another staggering statistic: we are all getting older, every hour of every day. The good news is that there are many groups studying how we age by looking at everything from DNA strand break repair [9] to telomere length and telomerase activity [10] or even age-related alterations in immune response [11] within PBMCs. So there may be hope for finding ways to beat cancer and slow down the inevitable aging process!

When looking for a supplier of PBMCs or other blood-derived primary cells – think tebu-bio! We work with the best in class partner, HemaCare, providing high quality blood products to researchers for over 35 years. Have a look at cell types, diseases, and diversity here, or contact us to discuss your specifications.

In my next post, I’ll be covering an exciting new approach that increases the efficiency and further improves the advantages of drug development with PBMCs on a systems level. Don’t miss it!